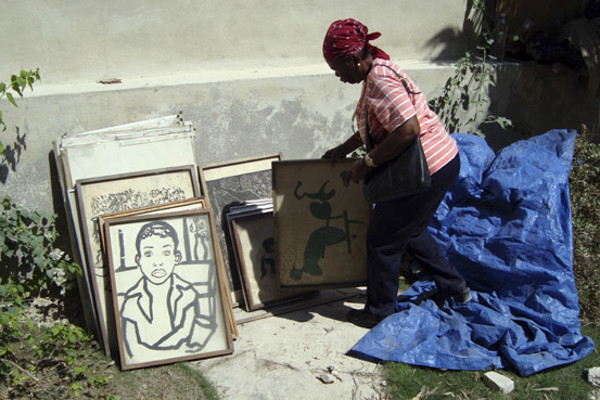 UNESCO, established in 1945 as an agency of the United Nations, works to protect cultural diversity and promote the diversity of cultural expressions. The UNESCO Universal Declaration on Cultural Diversity (2001) was adopted in the wake of the destruction of the Buddha statues of Bamiyan in Afghanistan and the terrorist attacks of September 11, 2001, and is a legal instrument for UNESCO’s Member States to reference when opposing deliberate attacks on culture, religious minorities and cultural heritage sites, as well when promoting respect for the rights of minorities, vulnerable groups & Indigenous peoples.

UNESCO English Editor Roni Amelan, along with a number of UNESCO programme specialists, prepared the following comments for BorderLore, about how intercultural dialogue offers the best way to promote open, diverse and inclusive societies that respect each other’s cultures, religions, practices and artifacts:

UNESCO views cultural diversity as a shared heritage and one of humanity’s greatest resources. Recognizing that all cultures are different, we consider humanity to be part of a single community, with cultural diversity as an invitation to exchange, discover and cooperate, according to UNESCO’s Director-General, Irina Bokova. Ignorance of each other’s cultures, religions and practices often leads to mistrust and negative stereotyping. Such stereotyping prevents people from identifying ways and opportunities to fight poverty and avoid tension and conflict. At the global level, we need more dialogue among cultures, with a stronger focus on mutual understanding and recognition of that which unites all cultures and religions: respect for human life.

A new social media campaign, #Unite4Heritage, was launched by the Director-General last March at Baghdad University. Aimed to counter the propaganda of ISIS and the destruction of cultural heritage, this initiative hopes to mobilize young people to create a global movement for the protection of heritage under threat. The Director-General of UNESCO summed up the impetus for the campaign: “when violent extremists say humanity is not a single community that shares values, when they say world heritage doesn’t exist, when they say pre-Islamic heritage is idolatry, when they say that diversity is dangerous, that tolerance and dialogue are unacceptable — we must respond. We must respond by showing that exchange and dialogue between cultures are driving force of all history. We must show that diversity has always been and remains today a source of strength for all societies.”

One of the main messages of the Post-2015 Dialogues on Culture and Development is that culture contributes to the economic, social and environmental dimensions of sustainable development as well as to peace and security. To this end, UNESCO is committed to safeguarding and promoting cultural heritage in all its forms, as well as the cultural and creative industries through its culture conventions.

For example, by promoting cultural and creative industries and sustainable cultural tourism, through the Convention on the Protection and Promotion of the Diversity of Cultural Expressions and the World Heritage Convention respectively, UNESCO contributes to ensuring that culture is a powerful resource for poverty eradication. According to the World Bank, culture will help meet the ambitious goal to reduce the number of people living on less than US$ 1.25 a day to 3% by 2030.

At the same time, culture is a source of wealth in ways that have no price tag. Culture helps promote social cohesion and youth engagement, and it is a wellspring for social resilience. UNESCO is thus committed to safeguarding and protecting cultural heritage, especially in situations of conflict as it is a source of identity and a force for social cohesion and reconciliation.

Educational curricula (that take the local context into consideration) include arts education that endows citizens with the necessary skills to meet the challenges faced by contemporary societies.

Culture is also key for sustainable cities. Today, more than half of the world’s population lives in urban environments. It is expected that the exponential population growth and continued urbanization, will bring that figure up to 70% in 30 years’ time. Cultural heritage, historic cities and museums represent a strategic resource for local development in a time of rapid urban transformation, since the regeneration of historic centres, the sustainable redevelopment of urban areas and public spaces, and the participation of local communities in the protection, management and enjoyment of heritage, result in improvements in people’s living conditions and in the preservation of the social fabric.

Likewise, culture, and more specifically traditional knowledge and local environmental management practices, can contribute to environmental sustainability and greater participation by the communities concerned. Respect for cultural diversity as a vital component in the flourishing of democratic societies, is at the heart of UNESCO’s mandate. Member States have the duty to ensure the full enjoyment of rights of their citizens, and citizen participation is likewise necessary to defend and enhance these rights. But respect for culture can only be achieved if societies foster diversity, pluralism and inclusion, and reject all forms of discrimination, including racial discrimination. It is in this context that UNESCO launched the International Coalition of Cities against Racism (ICCAR) in 2004 to assist cities and municipalities in developing and strengthening their local policies for greater social inclusion and respect for cultural diversity. The Coalition now numbers more than 500 cities in seven regional or national coalitions. The U.S. Coalition of Cities against Racism and Discrimination was established on September 12, 2013, with 51 cities participating. In its Ten-Point Plan of Action, cities have pledged to undertake steps to fight racism and discrimination and foster diversity.

Since 2002, May 21 has been celebrated as the World Day for Cultural Diversity for Dialogue and Development. The day provides us with an opportunity to deepen our understanding of the values of cultural diversity and to learn to live together more harmoniously. As UNESCO’s Director-General Irina Bokova commented on the occasion of this year’s celebration, “In a diverse world, the destruction of cultures is a crime, and uniformity is a dead-end: our aim must be to enhance, in one movement, the diversity that enriches us and the human rights that bring us together.”

In a world of increased mobility and connectivity, where encounters with people of different cultural backgrounds are an everyday experience, especially in big cities, cultural literacy has become the sine qua non of citizenship. For intercultural exchanges to take place in a conflict-free, non-stereotypical and peace-driven manner, new opportunities and spaces for dialogue and cooperation must be created through the development of intercultural competences based on shared values, understanding, empathy, respect and trust. An evolving area of growing importance, intercultural competences consist of a combination of attitudes, knowledge, understanding and skills. These competences help generate respect, appropriate and effective interaction and communication, positive and constructive relationships, and understanding of “self” through encounters with cultural “difference.”