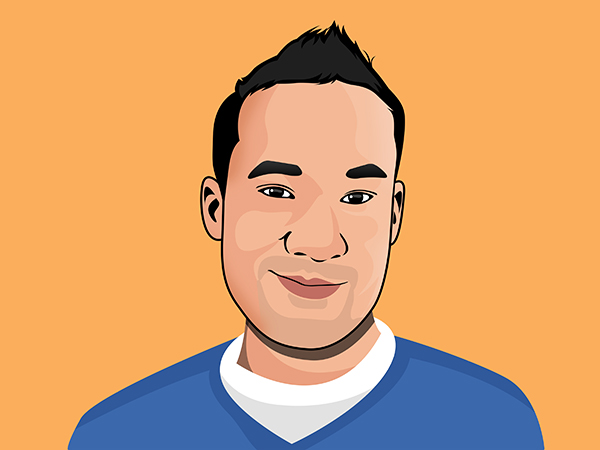 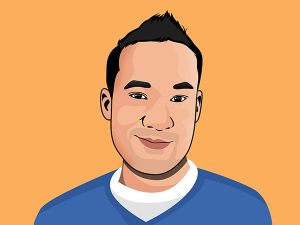 Atop the concrete courtyard of the Tucson Convention Center, a mother and daughter wandered, dressed for shopping downtown; Blind Mike played an accordion on the corner; mambo music spilled out from an imaginary nightclub; a grandmother made fresh tortillas on an outdoor stove. For four days, Tucson’s original Mexican barrio—destroyed by urban renewal in the late 1960s—came back to life on the very site it once stood.

The resurrection was part of a theatrical production called Barrio Stories, which I directed for Borderlands Theater. It was rooted in the memories and folklife of those who’d lived there and aimed to celebrate the history and heritage of Tucson’s historic Mexican American barrios. I conceived the project as a way to center the Mexican-American experience within the story of Tucson.

In 2015 I began collecting oral histories for the project. I was lucky to have done a bit of folklife asset mapping a few years earlier with the Southwest Folklife Alliance. This experience showed me how heritage practices offered a valuable, alternate lens through which we can interpret history—a history not measured by the names and accomplishments of wealthy, Anglo, merchant “founding fathers,” but by the communal memories of the everyday workers (mostly Mexican Americans but also Native American and Chinese people) who literally built our city with their hands and who maintained a culturally rich home environment that allowed this labor class to thrive.

The first Barrio Stories Project focused on the area known as Barrio Viejo. About half of this barrio was demolished in the late 1960s under urban renewal projects that resulted in the construction of the Tucson Convention Center and later, La Placita Village (itself recently demolished). With assistance from the Bureau of Applied Research in Anthropology (BARA) at the University of Arizona, a project partner, I formulated a list of questions about the folklife practices of barrio residents in the first half of the 20th century.

What kinds of public gatherings or celebrations do you remember from your childhood? Did people get dressed up or wear any special clothing for these events?

Were there parties at people’s houses? What kind of food and drinks were served? Was there music and dancing? What else do you remember about these parties?

What kind of foods did your grandmother make? Did she use any special cooking methods that are no longer used today?

What did your parents or grandparents do for a living?

What was school like when you were growing up?

What were the important holidays and how did you celebrate them?

Responses painted a vivid portrait of barrio life in Tucson in the 1950s and ’60s. Though their childhoods were far from perfect, interviewees looked back with fondness, remembering feelings of connection, safety, and belonging that seem rare in today’s suburban Tucson neighborhoods. Those we interviewed conveyed a deep pride in their upbringing along with a deep sense of loss for the barrio. Like the untimely death of a beloved relative, the destruction of the barrio is still mourned by those who remember it.

Brooklyn-based playwright Virginia Grise created short vignettes, which she called “memory fragments,” by stitching together word-for-word sections from the transcripts around various themes. These fragments highlighted cooking practices, daily work, architecture, music, pastime activities, and local commerce. I then directed an ensemble of actors to perform the vignettes throughout the outdoor grounds of the Tucson Convention Center, the very site where the memories were made some seventy years earlier.

We used period costuming and musical underscoring to help transport viewers to an earlier time. But I credit the live performance in fueling these ethnographic moments, as the actors’ theatricality brought forth the emotional attachment that interviewees had for the heritage practices, sentiments they’d only hinted at from behind their formal public masks as anthropological primary informants. In comments after the production, audience members shared that walking the very grounds where the barrio once stood and encountering reenactments of memory had profound impacts on them.

Our second Barrio Stories Project last April focused on another Tucson neighborhood—Barrio Anita, just north of the downtown core. This time we went even further in immersing audiences in the past by inviting spectators to actively participate in the reenactments.

The Barrio Anita residents we interviewed spoke of backyard barrio parties, where people played music, cooked outside in adobe ovens, and danced late into the night. To bring these memories to life, I recreated a 1950s-style barrio party in the Davis Elementary School community garden. As audience members arrived, they were greeted by video projections of oral history interviewees reminiscing about the parties in the barrio. Neighborhood volunteers cooked flour tortillas and frijoles in an outdoor wood-burning adobe oven. A trio of gentlemen in their seventies played guitars and sang boleros, the same songs that as children they heard their fathers and uncles sing. Participant-spectators ate, danced, mingled, and enjoyed the outdoor fiesta, experiencing a ritual commonplace a half century ago and all but gone today. These dramatizations resonated deeply with those who remembered what life in the barrio was once like and allowed young people newcomers a chance to experience some of the folklife that gave Tucson its identifiable Southern Arizona character.

For this work, thinking like a folklorist meant asking old-timers to tell me stories of how they remembered life in the barrios. It meant understanding the activities of daily life—from sweeping the streets as mothers often did to breaking for lunch from railyard work to learning to dance with friends. These stories and this folklife helped me and the artists I collaborated with create authentic dramatizations of folklife in Barrio Anita and Barrio Viejo. I’m now exploring a third production of Barrio Stories, for Nogales, Arizona. I’ll use some of the same strategies I used in Tucson to research the history and folklife of neighborhoods in that border city.

To me, this 21st century, site-specific, ethnographic theatrical experience represents a new aesthetics of equitable theatre, one that builds community as it attracts non-traditional, diverse new audiences. Immersing audiences within a recreated past world via oral history, film projections, live music, and dramatic vignettes brings history and heritage to life and provides space for new and valuable multigenerational family experiences. This act of claiming space and belonging cannot be underestimated. I’m grateful for the stories and practices that have led me to discover it.

Marc David Pinate is the director of Borderland Theater in Tucson, and is also a musician, husband, and father.

“The Sacred Theatre of Barrio Stories.” Howl Round. November 2016.