Sweet Exchanges: How a New Volunteer Network is Welcoming Refugees to Tucson

By the time Nieves Montaño arrived at the Syrian Sweets Exchange a few weeks ago at the Temple Emanu-El in Tucson, the live music and dancing was underway. She had to move quickly to buy some of the remaining cookies. 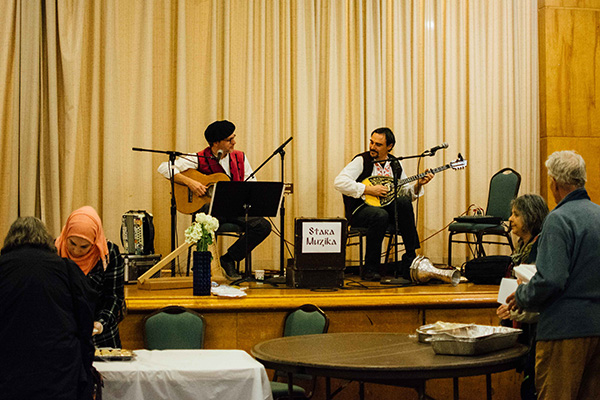 “It was such a beautiful atmosphere,” Montaño said. “You could see a closeness between the women selling and everyone was enjoying being there. It was a great event.”

The Exchange, the third of its kind, was hosted by a loose group of volunteers calling themselves “Arizona Welcomes Refugees.” The group formed in November 2015 after Arizona State Representative Steve Farley started a Facebook group to counter the anti-immigrant and anti-refugee rhetoric that was coming from the governor and the presidential campaign.

The goal of Arizona Welcomes Refugees is to make refugees feel welcome in Tucson through simple events such as greeting new arrivals in person at the airport, hosting potlucks for newcomers and long-time residents, and donating needed items to families, said Melanie Cooley, one of the group’s members.

“It’s an informal network of people who want to connect and are willing to try to figure out how to do so,” Cooley said.

One of the things some of the members “figured out” was that Syrian woman make delicious baked goods. So they helped organize the Sweets Exchange so the new arrivals could share their baked goods with more people. 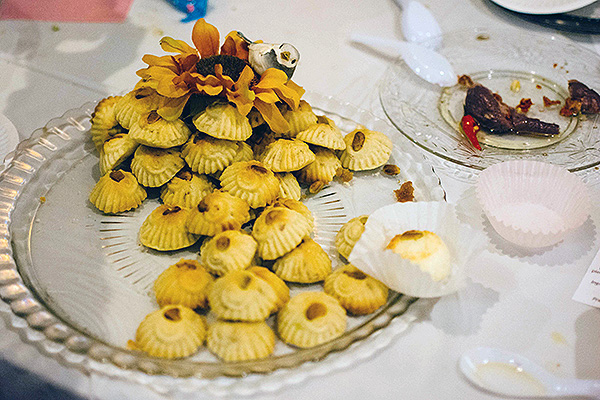 Baked goods from Syrian refugees at the Sweets Exchange; photo by Nieves Montaño

Montaño learned about the Syrian Sweets Exchange on Facebook and said it resonated with her. Raised in Sonora, Mexico, Montaño moved to Phoenix when she was a senior in high school. “Whatever I can do to help [others] adjust better, I’m happy to do that,” she said.

Cooley has always been interested in connecting with people from cultures different from her own, she said, and had long intended to volunteer with refugees. She says the political climate motivated her to get involved and now she administrates the group’s Facebook page, the main organizing tool for the network.

Volunteers can show their support in several ways, Cooley said. Meeting refugees at the airport when they arrive, for instance, “communicates that this is our home and they are welcome in it,” she said.

“I learned that Syrians love coffee with cardamom and that it is not an item that the agencies stock in their homes. So I always give them a bag of coffee with cardamom and a Turkish-style coffee pot to prepare it in. That first cup of coffee that they prepare is a piece of home, an essential part of being Syrian, and a way to start to feel at home here,” Cooley said.

Learning to dance at the AZ Welcomes Refugees event; photo by Nieves Montaño

The network hosts a monthly potluck to welcome new refugees and to connect people across differences of language, culture, and social spheres. The potlucks often involve dance — and the teaching of dances — music, food, conversation, and exchanges of phone numbers. Attendees at monthly potlucks range from people who have arrived within the last two weeks to life-long Tucsonans, Cooley said. In recent months the dinners have drawn between 70 and 100 people.

In addition to the potlucks, volunteers offer assistance with their own ideas. One volunteer now collects and fixes up old computers for refugee families. Another teaches English to women in her living room, Cooley said.

The idea is to create an opportunity for the newer arrivals to connect to Tucson through personal relationships. “Each of those individual relationships is a stitch that helps create the fabric of a community,” Cooley said.

In addition to administrating the group’s Facebook page, Cooley took on the task of co-hosting a mini-program on KXCI community radio with a recent arrival from Aleppo, Houda, a 19-year-old woman who is seeking a career in journalism. The weekly program, Mn Hna: Finding Refuge in Friendship, shares stories of recent refugees to Tucson and was scheduled to air the week of Jan. 22.

“Houda’s English is good and gets better every day. I invited her to cohost the show with me, with the intention that as she continues to improve her English, she will take over more and more of the program,” Cooley said.

Creating a Sense of Belonging

Maintaining cultural identity and tradition while also becoming a member of a new community can be challenging for refugees and immigrants. Cooley names the Syrian Sweets Exchange as an example of an activity that fulfills both of those goals. 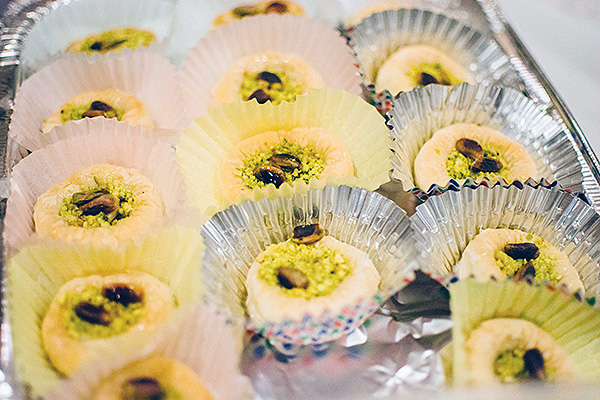 Syria is famous for its food, especially its sweets, and while Syrian women tend to not work outside the home, they are often very good cooks, Cooley says. “The sweets sale gives them an opportunity to show off their skills and their culture’s delicacies, to be appreciated by their new neighbors for what they have to offer,” she says.

The Exchange also taps into the social nature of Syrian culture. “People are in and out of each other’s homes all the time, and hospitality is a deeply held cultural value,” Cooley said. That custom is lost when Syrians are displaced from their home communities of family and generations of neighbors.

“One outcome of our group has been a lot of Americans visiting with Syrians in their homes, experiencing Syrian hospitality and food, learning bits of Arabic,” she said. In turn, for many Americans in Tucson, these visits have become “a deeply rewarding experience of warmth and friendship.”

Cooley recognizes the challenges for both new refugees and resident volunteers in working together to create friendships, but says she and others are committed to using hospitality to further American kindess.

“One of the fundamental defining elements of Americanness is the constant folding in of new people, new cultures, new perspectives. We are not homogeneous or purist or any one thing, much as some of us might like to imagine that we are. If America has the ability to bring the world to a better state it will be by struggling through tribalism, figuring out how to live with each other with all our differences, grappling with the challenges that those differences can present — and reveling in the delights and surprises that they can bring as well.”

1 thought on “Sweet Exchanges: How a New Volunteer Network is Welcoming Refugees to Tucson”