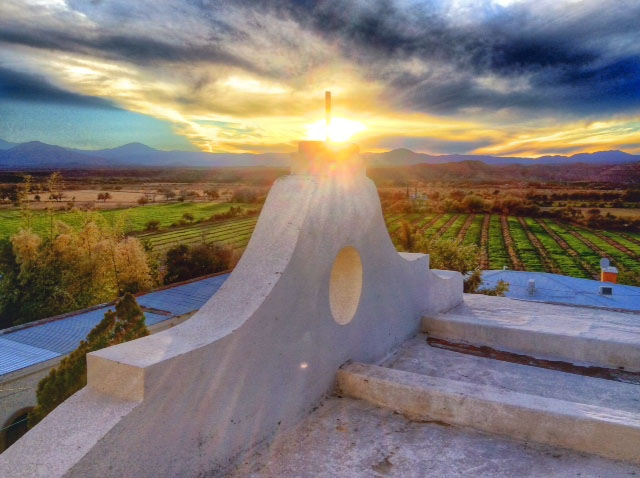 On family traditions of storytelling
My father immigrated to the States from Turkey when he was in his thirties. He told stories with his hands, and with different voices, so that the characters came alive around our dining room table. His stories made us jump in our chairs, made us look at one another suspiciously, “Is he telling the truth?” We didn’t always know. But the stories kept us laughing, and kept us listening. He was creative with language. He could string words together that don’t usually make sense, but somehow when he put them together they made a sort of surreal, circus-like sense. In college, I did a project for a linguistics class on all the crazy sayings he had invented. My family and I had a good laugh coming up with a list of his most common phrases.

My favorite stories were the ones he told from his childhood in Ankara. He and his friends were little rascals, sneaking around the neighborhood, putting curses on cats and making people trip on icy sidewalks. Then there were the stories of his roaring 20’s when he used to sneak into a jazz club in Istanbul through the back door, which opened up into the ladies dressing room. But I’m not sure he’d want me to make that one public. I’ve never met anyone more expressive than my father.

On storytelling as part of Fieldschool learning
Storytelling was an integral part of the field school in Banámichi. Every day we visited people in their homes and workplaces, and they shared details with us about their everyday lives. They told us about how things were changing. How recipes were being lost due to folks buying more store bought food. How skills like cheese-making, and horseshoe-making had been passed down from one generation to the next. And they also told us about how the recent spill of contaminated wastewater from the Buenavista copper mine into the Bacanuchih River had affected their communities and livelihoods.

In the afternoons we gathered around the table to write with writing instructor, Kimi Eisele. I was so glad she was there. The days were so packed with learning and visiting, which gave us much to process and reflect on. Kimi encouraged us to dig deeper, to question our assumptions, and to capture all the details we could, before they escaped from memory.

Banamichi recollection
I keep thinking about Maria Jesus, who showed us how to make corn tortillas. I’ve been shown before how to make them: add hot water and salt to masa, stir, let sit, form into balls, flatten, and cook. Maria Jesus’ demonstration took it back to the beginning, to the corncob itself, and demonstrated her method of making masa from scratch. They were so incredibly delicious. It’s hard to imagine eating store bought tortillas now. While she was cooking them on the stove, she told us that neither her daughter nor granddaughter had any desire to learn how to make them. It made me sad. She had been making them for so many years, and the yard and kitchen were full of all of the tools and materials to make them. If no one in the family learns, these things will become like artifacts, and the tradition will be lost.

On what surprised you
The story about the contamination in the river. It’s a heartbreaker. How will people take care of their fields and animals if they don’t have clean water? I can’t say it surprised me to hear that the company, Grupo Mexico, isn’t taking full responsibility to take care of things, but I hope pressure is placed on their shoulders until they do the right thing and clean things up and reimburse folks for their losses.

On why storytelling is important
We learn so much from stories. Beyond the ‘he said, she said,’ we listen for patterns when people from our own culture speak. Through them, we decide what is important, what to pay attention to, and what to say away from. Stories can be like warnings, alerting us to stay away from a person, or a place. Stories can also spark an interest in a person, or a place. A new path becomes highlighted, and we walk down it to learn more, to grow. We learn to trust through stories. And to question too. The best kind of stories are those that are so honest your eyes widen and you can’t believe she just said that. Those are the stories that give us permission to be human, and to look our own life in the face. What would happen if people stopped telling their stories? That’s a tough one. I feel lost just trying to imagine a world without stories. I picture it like a strange science-fiction movie, where people move through the world mindless, like robots.