In her greens, wings and mac’ and cheese — comfort is the key ingredient. Offering something people appreciate… serving food that is universal and comfortable… That is what TMY’s 2015 Foodways Fellow Della Hooks has in store for festival goers this year.

No doubt all TMY food booths are tasty cultural currency at its best, and Daddy’s Girl Home Cooking will bring it on with a most flavorful micro cuisine — Southern home cooking.

A teaser from her menu: Daddy’s Girl TMY offerings are expected to include the crispy golden chicken skin of wings, the sweetness of cast-iron skillet cornbread, the creaminess of hearty potato salad and the savory goodness of greens. Desserts include:Peach cobbler (Friday), Pound cake (Saturday) and Red velvet cake (Sunday). Because Della is not affiliated with a restaurant, her cooking is done at the Dunbar Culture Center’s kitchen.

Southern food is one treasure of USA cooking — and, with its sauces and legends, it commands an oversized passion among food enthusiasts. Della seems to have perfected many singular dishes of traditional southern cooking. Together with good ingredients, she’s able to take the bliss stored in the memory of cooking with her dad, and bring this into the food offerings of the Daddy’s Girl home cooking booth. 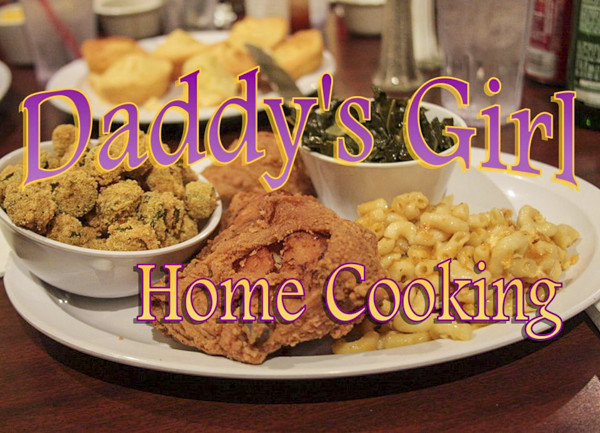 A social case worker by profession, Della’s dream is a food truck. It wasn’t until her father’s death, though, that her food passions grew into serious business instincts. Now she caters community events and parties.

“I was my dad’s only biological daughter, and he obtained custody of me when I was young. Food was how we bonded. I would be in the kitchen doing my homework and he would be preparing dinner. It was how we communicated even in those awkward teen years. Honoring my daddy has found me donating food and my time to feed homeless youth, folks living with HIV and/or mental illnesses,” Della says.

Back in her dad’s time — he was born in 1929 — It was tough growing up in the deep south, but food was a universal comforter. Della cherishes those parts of her that is true southern. It is the way she communicates.

“Some of my most important forms of expression come through cooking my food and in my eating. Things open up when people eat together,” Della notes.

Della’s journey as a cultural cook has led her to translate traditional recipes taught to her by her father, to reflect her own personal perspectives in her catering here in Tucson: “Not having family here in Tucson, it’s very important for me to bring my important memories and experiences about food alive, here in my town. I’ve found our city will embrace what is good, even if there are cultural differences. I am happy I’ve found a niche here.”

And in looking ahead to her TMY foodways booth, Della’s recollections about the importance of family continue: “Cooking together gave us time for loving each other and knowing each other better. That’s why it’s good to have people around to talk while cooking. That’s what Tucson Meet Yourself represents. Foods and cooking are experiences of life, they’re blessings and a way to connect to community,” she says.