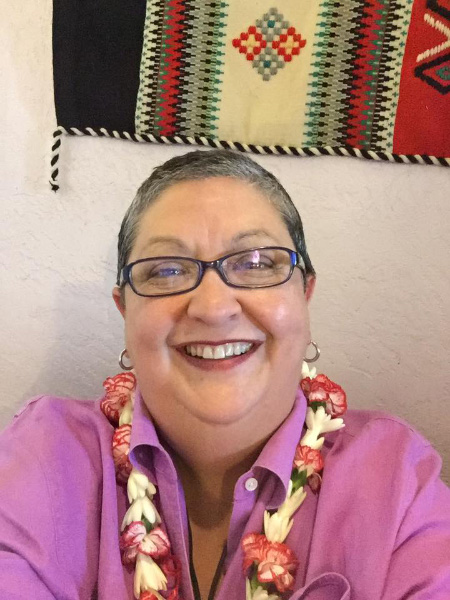 Southwest Folklife Alliance Executive Director Maribel Alvarez recently traveled to Arkansas State University in Jonesboro for Connecting (to) Heritage Studies in the U.S., a gathering hosted by the Association of Critical Heritage Studies. We sat down with her afterwards to learn what “critical heritage studies” means, how it intersects with living cultures, and what relevance it has for SFA’s work. As a bonus, we heard her thoughts on Graceland, the mansion where Elvis Presley lived until his death in 1977 now a museum and the reportedly the second most-visited house in the country after the White House.

BL: What exactly is “critical heritage studies”?
The qualifier “critical” is important because it introduces to the conversation of heritage studies an awareness about dynamics of power and legitimacy—questions like who has the right to speak for whom? It comes out of recognizing that the things that we value and that should be protected are often more than just things designated by bodies of historic preservation or that speak to a nationalist identity.

To step back a bit, in some ways the field of heritage studies can be highly bureaucratic. By and large it has become “heritage management,” which has to do with buildings and sites of historic architectural value–what we call “tangible heritage.” This has been a good thing on one hand, as UNESCO and national legislation now exist to preserve and protect such sites. But the downside is when such sites become the sole focus—this idea about the importance of what happened in the past and how to preserve that with authenticity—things get very static and regulatory. Questions of power and authority enter because often it is some external body that decides what is important. Sometimes significant places, for example, are vernacular forms of architecture that nobody would think are important–a barbershop, a tortillería or panadería, or a row house in a dilapidated neighborhood. Those things never rise to a level of monumental importance that grants them protections.

BL: And the conversation is relatively new in the United States?
Yes, to some extent. It’s a conversation that has been vigorous and dynamic in places like Australia. There, the aboriginal community has been able to invite government and institutions to enter conversations on their terms, resulting in revised legislation or even reparations. Europe has also had an active thinking process with heritage for a long time. But remember, in some contexts, the word “heritage” is very loaded. The term has been used to mean control by a select group. Nazi Germany was the worst example of this nationalism of cultural purity. Because of these uses of the term in totalitarian regimes, which have excluded people and lead to genocide, the rest of the world has this critical approach to heritage studies that here in the U.S. we have not had. But that is changing.

BL: Through things like this meeting?
Lots of efforts are afoot to change the dominant approaches to heritage studies and practices of protection for places and intellectual property. For example, among Native American communities this has been a concern for decades. More recently, the formation of the national group Latinos in Heritage Conservation has been a significant development.

The conference in Arkansas brought together people who are thinking about all of this on the ground level. In many ways the conversation in the United States is a bit late, but at that same time it is also more horizontal. While other countries have ministries of culture, we have the nonprofit sector and the philanthropic sector as well as participation from neighborhood associations, community folks, and people without PhDs.

BL: How does Critical Heritage Studies intersect with folklife programs here in the Southwest, and more specifically with SFA?
This was one of those cases when you discover what you’ve been doing all along has a name. We’ve been doing critical work in heritage studies without calling it that explicitly. Not only through Tucson Meet Yourself and the legacy of Jim Griffith, which always has privileged the voice and aesthetics of the overlooked, but also in our own Southwest Folklife Alliance practices. The idea that drives us is equity. It’s in the structure of Tucson Meet Yourself, where so many social actors have a say, have a platform to earn money, to represent their culture, to communicate who they are in the public sphere. All of these things are in line with what critical studies implies.

Jim Griffith’s code of respect guides the annual Tucson Meet Yourself Folklife Festival, where individuals speak for themselves and make their own decisions about cultural sharing.

Our partnerships are key. Power is shared and inclusivity is broadly horizontal, whether in El Paso or La Avenida Doce, Nogales, Gila River, or Vicam, SFA is modeling this practice of radical collaboration. I define that simply: when you collaborate with people, remember, it’s not about you. You’re not the main driver or main actor. You are an important partner in the conversation and you should be proud of the things you bring to the table, but the table was not set up for you to shine. That’s a critical understanding for how to do this work.

It was a nice revelation to be amidst a group that was thinking deeply about these things and to see we were already doing some of those things. And not only SFA, but also a dozen organizations I could name in Southern Arizona: Tierra y Libertad, Flowers & Bullets, the Community Food Bank of Southern Arizona, Mission Gardens, the Loft. The list can go on and on. These are key institutions that embody these practices. It’s very beautiful.

While you were in the South, you also made a trip to Graceland. Tell us about that.
Oh. Yes. It was a combination of pleasure and delight and a bit of a skepticism. Sites like Graceland are so iconic and important that if we are going to work in the arena of memory and heritage and tradition we can’t be shy to engage with popular culture. It’s where most people live their lives. They don’t live it in an academic journal or inside a museum, they live it in pop culture.

In Graceland, one comes up close to the story of Elvis and where he came from and how he lived as a family man. There is also the critical part: the erasure of a certain narrative, which is the part about Elvis’ borrowing of African American traditions. My experience visiting Graceland was as a scholar, a consumer, an American who knows the problematic history of cultural appropriation, but also as someone who doesn’t want to throw the baby out with the bathwater. Difficult things surface when we are confronted with legacies of contradictions. So, it was a joy to be there and it left me with a lot of questions. There are, of course, other significant sites in Memphis that would offer a different perspective: the studios of Sun Records, the Lorraine Motel that now houses the National Civil Rights Museum, and many others. But Graceland is pure mainstream heartland USA–a site to be admired and interrogated. 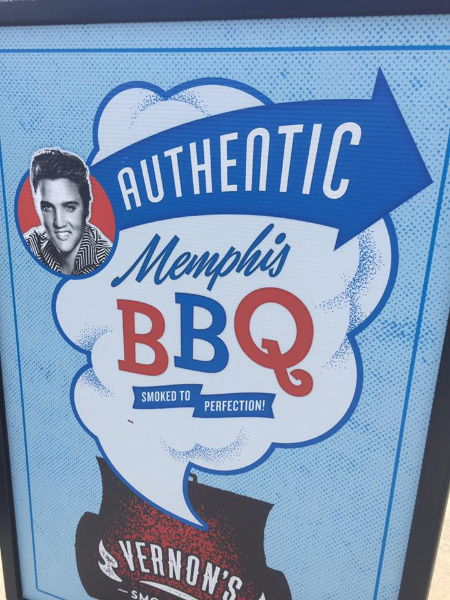 BL: How will you go about addressing those questions?
I was planning on teaching a class on intellectual property and cultural appropriation next fall in my Anthropology 150 course at the University of Arizona. Now I’m going to help myself by inserting a whole section on Elvis as American icon so we can ponder the good, the bad, and the ugly, and gain some understanding of this unique American narrative around Elvis. It’s the story of this young kid from Tupelo, Mississippi, who grew up in an area soaking with African American cultural richness, who becomes the greatest entertainer of his generation in the American South in a musical tradition that wasn’t really his, but was facilitated by a place—Memphis. Memphis is where the blues coming out of the delta pass through on their way north to Chicago, so the city becomes this rite of passage for American musical traditions to get validated outside of their vernacular spaces. Elvis sits as an icon right in the middle of that.

As a folklorist, for me it is always about the process of learning, and then of helping students to love the process of asking the questions. I cherish each time I get the opportunity to guide students through a process of discovering the many layers of cultural phenomena.