The Power of the Vision: How Adaptive Basketball Saved Mario Moran’s Life

Mario Moran, 30, is an athlete on the University of Arizona Men’s Wheelchair Basketball team. Of Cuban and Puerto Rican descent, Moran grew up in New Jersey, where at 18, he lost use of his legs due to a spinal cord injury caused by a gunshot. Before moving to Tucson, Moran played for the Miami Heat Wheels, a team in the National Wheelchair Basketball Association (NWSB), and helped them win the National Championship in 2015. Moran is featured in the documentary film Rebound about the Miami Heat Wheels, directed by Shaina Koren Allen. He spoke with BorderLore about his life story and the power of vision. 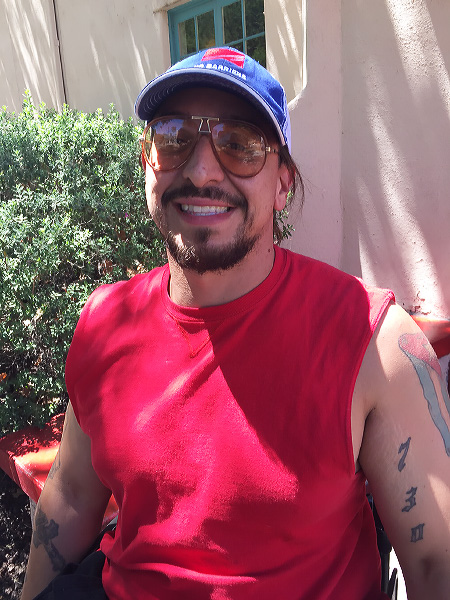 BorderLore: Can you tell the story of how you came to be in a wheelchair?
Mario Moran: I always believed in the power of the vision. As a kid when I was 9 or 10 I saw the different crowds in the neighborhood, gangstas, activities I shouldn’t see. I had a vision that I was gonna be the greatest gangster in Union City, New Jersey. I’d go to bed listening to tapes in my tape player. Gangsta’s Paradise, all that music. This was my vision and I worked hard towards it. I fed energy into that vision. Smoking pot, hanging with wrong crowd, getting my hands on my knife. I’d go to bed at night and enact a scene of me getting shot. Peep that.

It was May 27, 2005. I was 18. I was on house arrest, cut off from freedom. I called some of the fellas on the corner, where they were hanging out, sitting on milk crates. We decided to go to Bergenline Avenue in Union City, New Jersey. It’s a big shopping area. It was prom night, our senior year. I wasn’t allowed to go because I was a menace to society. But we were gonna go to Wildwood, New Jersey to the after party. That’s why we went out shopping. We got some Old English 40 ouncers and were chilling on 49th street. We had had an altercation with this dude. We were already buzzed. I had a gold chain on, really flashy, and he commented in Spanish, “Nice chain.” It was like someone is about to check you, or take whatever you have. Moran being Moran at the time, it got complicated. All those years of that vision, I’d worked up the ranks. The movies you watch and music you listen to will influence you. I always told people, I ain’t scared of death. The day someone points a gun at me I’m not gonna run, I told people. That moment came.

I wasn’t scared. I said, “If you’re gonna take out a gun you better use it,” in Spanish. He’s right in front of me. He’s aiming. I was thinking I was untouchable, thinking I was bulletproof. “I’m here, I’m here in front of you,” I said, and I smacked my chest again. Let me tell you this, today if I’m put in that same position I’m gonna turn and run. I’m not kidding you. But then? No. I could see it in his eyes he wasn’t a killer. He didn’t want to do it. But I kept on pulling on his string. You discover the power of belief. It was that moment — I had prepared for it so much, it’s sad to say.  It came. He shot at the ground. And then I punched him, gave him what we call a “one-hitter quitter.” As he was dropping, the reflex of him hitting the ground fired off the gun. It went up into me at an angle, right here in my ribs. I felt a pinch. Me thinking I’m still a big shot, thinking I’m that dude who gets shot and gets up. I screamed out to my friends, “It’s a BB gun! Go get him.” Ten seconds passed. You know in the movie the Matrix how they do the slow motion thing? As the bullet was hitting the organs in my body, it felt like slow motion. That fall felt like it took a minute. As I was falling, I pulled out the Nextel walkie talkie-like phone — remember those? And as I hit the ground I opened the phone and dialed 911. As God is my witness. I told them I’ve been shot, between Hudson Avenue and Palisade Avenue. 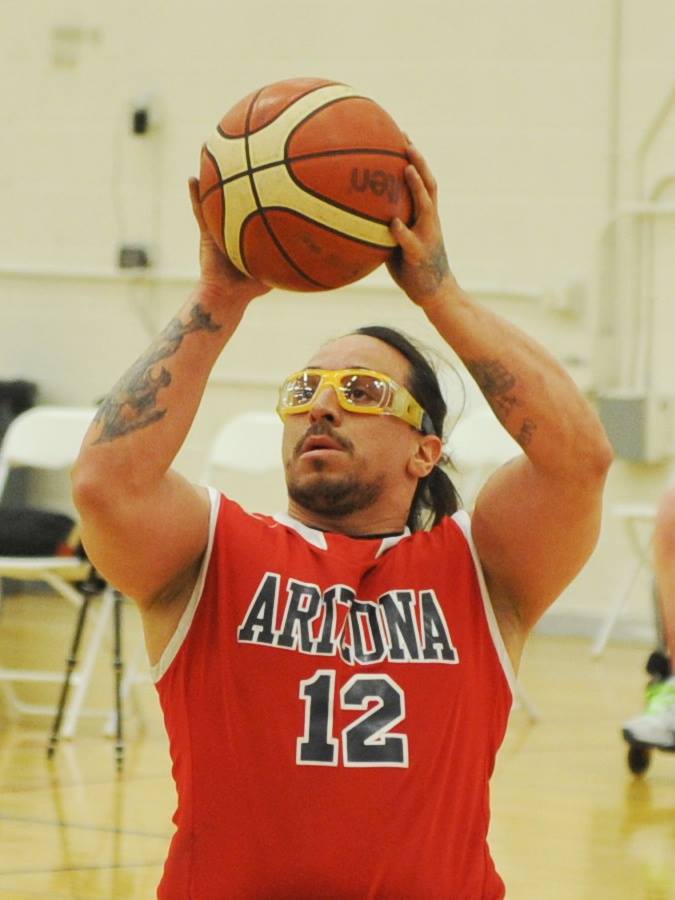 BL: Wow. That’s a story. How did you adjust to life in a chair?
MM: I definitely had a wake up call. It was challenging at first. This is my new life. This is what I did. These are decisions I made that came with answers that look like this. I lived in a third-floor apartment with no elevator. It was uncomfortable. Every time I wanted to go out I needed to have friends come help me.

I started gaining weight. And I had all these past activities I was still paying for. I was getting threats. I got a gun. I was still caught up with certain crowds. Then I was involved in a shootout in broad daylight. I was gonna be back to square one. I started seeing a vision of myself inside a prison cell. I thought, “No, I can’t do that one. I really can’t.” So the night they released me I bought a one-way ticket to Miami.

I had family from my father’s side in Miami. I had my grandma there and my brother, before he passed away three months later of a heart attack. They lived at my dad’s property. It was a two-floor town house, so I lived on bottom floor. The dominos lined up that way. I capitalized on the opportunity.

I was going to end up dead, in jail, or worse than what I was. I had to go. Miami. Palm trees and beaches. 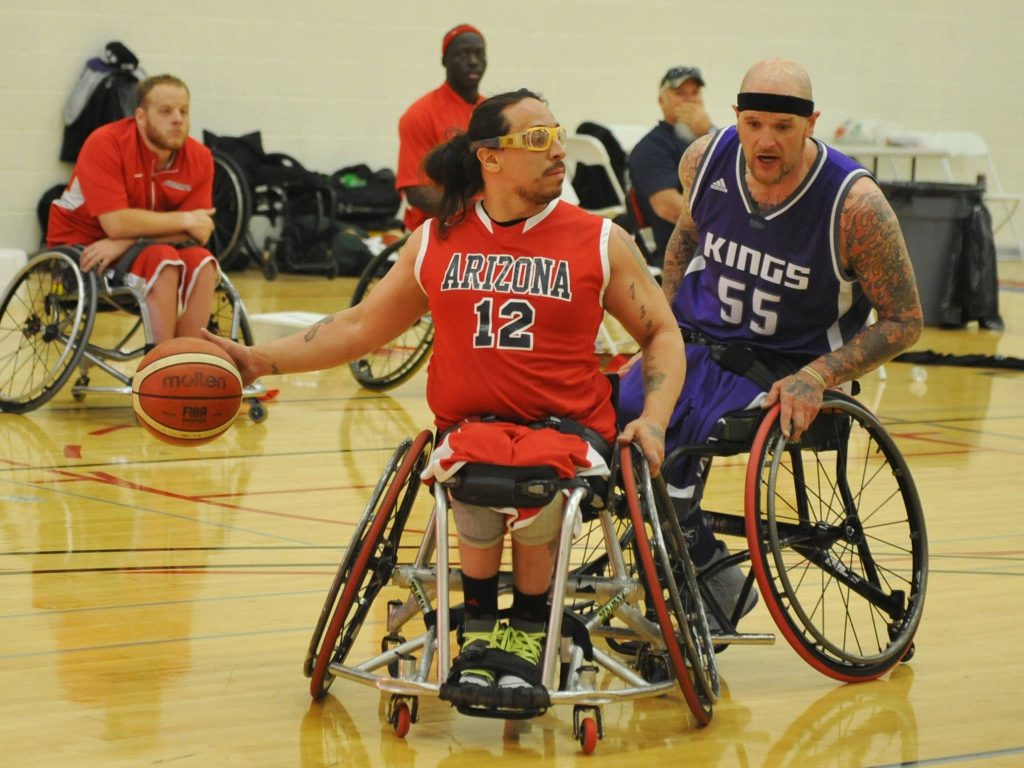 I had played sports before. Mostly I was a baseball player, but I’d played street ball, grammar school basketball. I knew the game.

But this was different. I couldn’t reach the basket to do a lay up. I adjusted. I started going to practice and working up the ladder. I looked at videos. I practiced hard. I lost weight. I found my drive and got healthy. It was time to grind, time to shine.

I played with the Miami Heat Wheels. I had a vision to help the team win the national championship. And of course, I already knew the power of the vision. The minute I went into that gym I said we’re gonna win the championship. It took us four years. But we did it.  All that time I worked at elevating myself and my teammates. They didn’t know I had visions for them all those years. But I did. I built that moment.

Wheelchair basketball is a man’s game. It’s painful. It’s hurtful. You’re gonna get banged up. You can’t be weak minded. You have to know how to swallow your pride, your ego. Monkey see monkey do, but you do it with with your own swag, your own seasoning, your own style. My strength is that I’m really vocal. I’m an aggressive player, very loud.

BL: How did basketball change you?
MM: Wheelchair basketball opened up the door for me.

After you make it to the all-American team, you become a recruit for different college programs. I got street knowledge — it’s different kind of knowledge.  When it comes to regular education, I’m a little slow. I’m still weak at that. I wasn’t ready to go to a four-year college right away, but by the time the University of Arizona recruited me, it was the best fit for me.

I spent 10 years in Miami, and I had some dark times there. But God gave me another stepping stone. You know what I did? I stepped on it. I had left New Jersey and that was the hardest thing I had to do. And it was time to go again. We’re not trees! We’re not meant to be in one spot.

BL: How often do you practice?
MM: Five times a week for 2 hours. 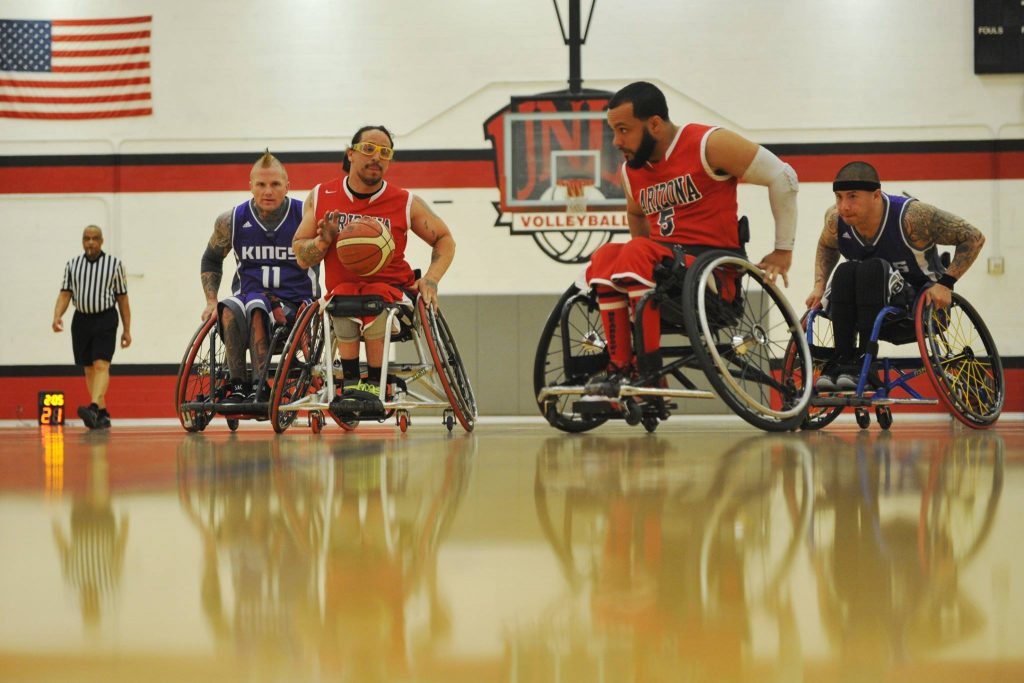 BL: How have you found Tucson and the University campus to navigate in a chair?
MM: This place is very wheelchair friendly.  Tucson as a whole, and campus. It’s amazing, really.

BL: What’s next for you?
MM: I want to be a motivational speaker. If somebody is in my situation I want to help them find the drive, the discipline, the will power, the belief in themselves to get up even when you haven’t figured it out. You should be doing whatever sparks your passion. I understand it’s hard, but it’s gonna be worth it once you’re done. Keep on pushing.

I want to talk about the power of belief and vision. I know how that works in life. I’ve seen it. But it takes time. It’s trusting your process and not rushing it. I just choose not to fold. I choose to keep my chin high. I know I can overcome anything as long as my heart is beating.

1 thought on “The Power of the Vision: How Adaptive Basketball Saved Mario Moran’s Life”