The Melody in Personal Stories

When Ismael Barajas was three years old, he found a little, blue plastic guitar with strings made of fishing line. He sat on the back stoop of his family’s house in Nogales, Sonora, Mexico and pretended to play it.

Another child came and grabbed the guitar and stomped on it. Barajas fought back, pushing the other boy and pulling his hair until both boys’ mothers came and retrieved them.

“Ever since that day I always wanted a guitar,” Barajas said.

Dreaming pays off. Now he has many guitars, along with a recording sound studio in mid-town Tucson. Barajas is one of the region’s most skilled flamenco guitarists. His compositions also blend Mexican folk music, salsa, and Latin jazz, and for many years his band, Ismael Barajas and Tu Son, performed regularly in Tucson and beyond.

Barajas believes music offers us a way of returning to the moment, of being fully alive in the present and dropping our worries. For him, the complex and passionate rhythms of flamenco speak to our many human experiences.

Born in Nogales, Sonora, Mexico, Barajas grew up listening to his parents singing. His father had been part of trio in Mexico City.

When he was seven the family moved to Tucson, and Barajas joined the school orchestra. He played upright bass because all the violins were taken then moved to cello and finally the violin, which he would turn sideways and play like a guitar, trying to find the chords. “I’d listen to songs on the radio and try to figure them out,” he said.

Barajas finally got a guitar when he was eight years old when the family drove to Mexico to go shopping. In one shop each of his siblings picked out a toy, while Barajas stood under a collection of guitars hanging from the ceiling of a shop. “I stood there looking up until my father finally said, ‘Okay.’” I played that violin all the way home.”

For the next five years, Barajas taught himself to play the guitar by listening to music and trying to copy what he heard. He would listen over and over to the album Sabicas by Antonio Castellón, a Spanish flamenco guitarist in New York. The tracks combined sounds from three guitars.

“I’d sit there and try to emulate that, thinking “Oh my God! How’s he doing that?” Barajas said.

He learned to tune his guitar by singing the song, “Never on Sunday,” and would play for hours in his parents’ bedroom, where he found find privacy from his siblings. “I’d come out to get a drink of water, and my parents would be on the couch falling asleep because it was so late, but they never kicked me out!” Barajas said.

Learning from the Masters

Barajas had no formal guitar lessons until his early teens. At 14, he enrolled in University of Arizona to study music, and prior to that, he traveled to Europe to study with a family of Spanish guitar players, the Romeros, sometimes called “The Royal Family of the Guitar.”

“I didn’t know anybody in Paris, but Celin [Romero] said I could stay at his house,” Barajas said. “He said I could eat sleep and drink guitar. He was not lying. I’d get up early and start with scales, stop for a half hour for breakfast, then get back to it.”

Music was a way of life the Romeros, Barajas says. He remembers once one of the brothers, Pepe Romero, was playing the guitar and his daughter fell down the stairs nearby. “It was like he was in a trance, playing,” Barajas said. “His daughter is crying and she had a big knot on her forehead, and Pepe’s still playing. Fifteen to 20 minutes later, he sees his daughter and says, ‘What happened, mi hija?’ He hadn’t noticed a thing.”

Barajas understands that kind of trance. When he’s working in his studio he can forget to eat or go to the bathroom, he says.

In addition to the Romero family, Barajas studied with Jesus De Jerez, Carlos Montoya and Santiago Figueroa.  While all of his teachers were essential to his own expression, Barajas says one of the main lessons he learned along the way was to make the music his own. 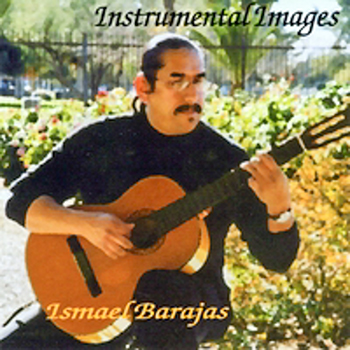 Flamenco is a form of traditional music from the Andalusia region of Southern Spain. Its exact origins are debatable, but it is widely believed to have emerged from the cultural collision of Moors, Jews, Andalusians, Castilians, and Roma, or gypsies.

“The gypsies were wanderers who did not believe in borders,” Barajas explains. “They didn’t believe you could claim things because no one owned anything.”

Barajas says that spirit extends to flamenco music itself. Performing it requires an authentic emotionality: “If you perform exactly the same night after night, that’s not flamenco, that’s an act,” Barajas says.

Barajas brings his guitar to his lap again and demonstrates various flamenco rhythms. There are soleares, somber rhythms that express loneliness; alegrias, upbeat rhythms that express happiness; burlerias, a very fast rhythm that allows guitarists the most space for improvisation. The word comes from the Spanish “burlar,” meaning to mock or make fun of, and the rhythm is used often in improvisational competitions, in which guitarists, singers, and even dancers will “battle” each other.

Despite its formal structures, flamenco is made by the musician’s personal flair. “If you heard a guitarist playing a certain phrase then you went and played same phrase at other end of town you were considered a thief. You have to make it your own,” he says.

When he performs, Bajaras says he takes the pulse of an audience, paying attention to who is in the room and what their experience is. “I cater to where they are. I direct the evening for them.”

The audience is always part of the show, he says. “It’s like having a séance and you’re the medium. When you’re a performer or in any artform, your audience is a part of you. It’s not an audience, it’s you.”

Barajas has taught children as young as seven, up to retired grandfathers. His approach is to help students express their own stories through music.

He says he worries music making has become overly technical and strayed from the essential expression of what’s inside. Often times he notices that when students play in front of their teachers, they play like students.

“It’s like they can’t get out of the feel of being a student to become their own performer,” Barajas says. “They need to step out of the box. ‘Tell me what your dreams are,’ I say.”

He tells his students to research other artists. “They need to tell a story with what they are playing. They need to learn about the author’s life and find out what has happened in their own life to help them relate to that.”

Barajas also invites young artists to record their own work in his studio, where he serves as a mentor helping them understand copyright laws and licensing issues. He often works with people who can’t afford to rent a studio elsewhere. “Sometimes I get my fee and it’s twenty dollars. But I’m not in it for the money,” he says.

These days, however, Barajas is now more selective about his students and clients, he says, as arthritis has limited his abilities. “I have to pick my days when I can record and teach because my fingers don’t function sometimes and I’m in pain,” he says.

For many years, Barajas produced a CD of local artists to benefit the Community Food Bank, which works to alleviate hunger and help Tucsonans access healthy food.

He says believes music is essential for taking away troubles and likens the feeling of listening or performing music to that of falling in love. “When you’re in that moment you don’t think about your house payment, what time it is, you’re just involved in that moment. You forget who you are. Male or female it doesn’t matter.”

Music is the same way, he says — a spiritual act. “When I am playing my music I’m the medium by which God comes, whoever God may be. I’m just the medium. As a performer, as an artist, as a medium, you have to help people forget about everything for a while.”