When a mainstream Catholic in the United States needs supernatural assistance finding a lost object, he or she is likely to turn to St. Anthony of Padua (ca. 1195). A common prayer for the help is, “St. Anthony, St. Anthony, look around. Something’s lost and can’t be found.” Why St. Anthony? Legend tells us that a novice stole a psalter from the Saint, but promptly returned it after experiencing terrifying dreams and visions. (Butler, 1965)

In New Mexico and parts of Arizona, San Cajetan (San Cayetano) is appealed to for the same purpose. Cajetan (d.547) founded the Theatine Order and established pawn shops to help the poor. In New Mexico he is the patron saint of gamblers — who else would have a more sudden need for ready cash?  I have been told that St. Cajetan cannot resist a bet, and the way to get his attention is to offer to bet him a small sum, say 11 cents, or a decade of the Rosary, that he can’t find the needed object.

In some parts of Sonora, the saint assigned to this same task is St. Paphnutius (San Pafnuncio). He was a fourth century Egyptian bishop who began his career as a hermit in the desert. We are told that he defended the right of any clergyman who had married before ordination to continue living with his wife. This practice continues in the Eastern Church.

Finally, in the old mission community of Opodepe, Sonora, seekers of a lost object go to an individual known as “el Arrastradito” or “the little dragged one.” When his dead body was discovered in the desert nearby, it wouldn’t fit into a car and so was dragged into town. No one knew him or what his religion had been, so he was buried across the road from the cemetery.  His simple grave was still marked by a pile of stones when I visited the town in 1999.

Only Saint Anthony is mentioned in church literature as a finder of lost objects. Information on the other three individuals comes from their communities themselves by way of folklorists. I personally find it gratifying that an international, highly centralized religion such as Roman Catholicism has room for so much variation in popular practice. This individualization strikes me as an important part of being human.

All the photographs in this series are by Jim Griffith. 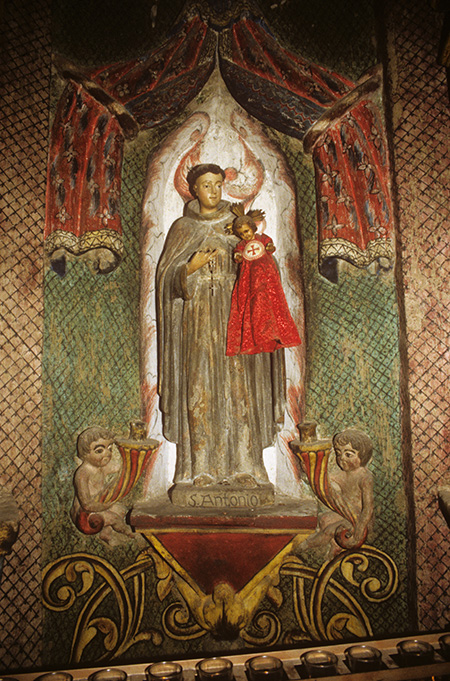 Saint Anthony of Padua at Mission San Xavier del Bac, Tucson. He is shown holding the Christ Child because his followers believed they saw him doing just that. 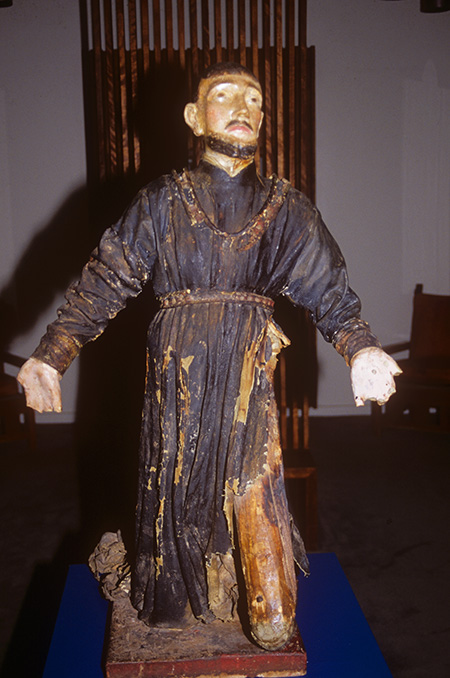 Saint Cajetan. This statue, originally at Tumacacori, was partially burned in an Apache attack in the 1840s and brought to San Xavier when Tumacacori was abandoned. In the 1960s it was returned to Tumacacori National Historic Park, where it is on display in the museum. 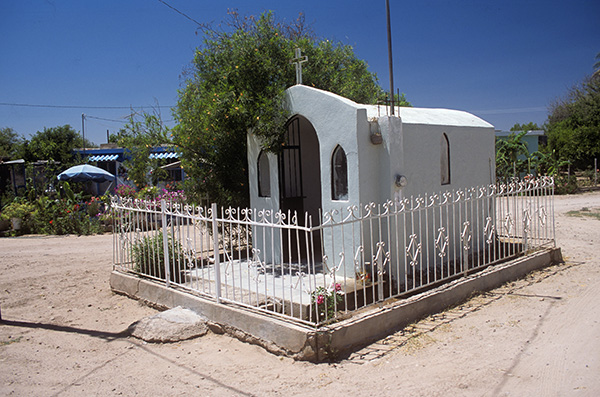 This chapel of Saint Paphnutius is on the plaza of Suaqui, Sonora, on the road between Highway 15 and the town of Ures. April, 2002. 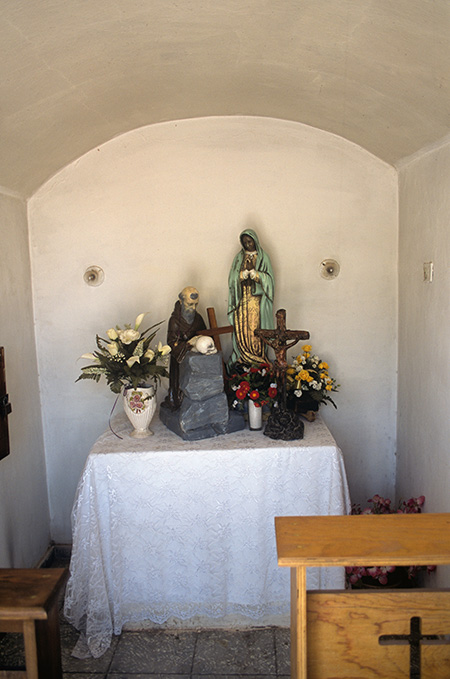 The statue of Saint Paphnutius in his chapel. April, 2002. 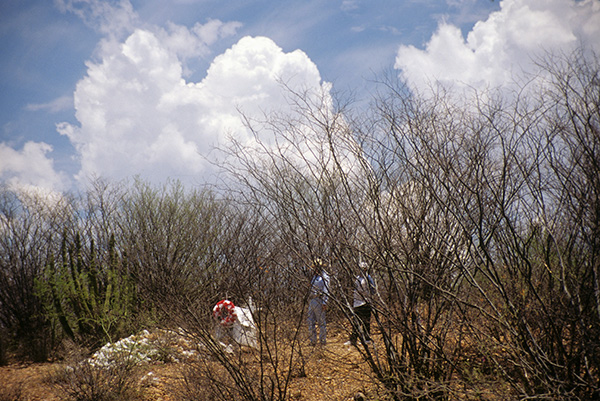 The grave of “el Arrastradito” outside the cemetery in Opodepe. Standing by it are Francisco Manzo and Padre Guillermo Coronado. July 1999.