Living with the River: A Field Notebook of the Colorado

Fed by snowmelt and rain run-off from seven U.S. states, the 1450-mile Colorado River begins in the Rocky Mountains and makes its way through the Southwest before emptying into the delta in Mexico. While the River provides water for 40 million people in the Southwest, much of its flow is diverted for agricultural irrigation and hydroelectric power. The river’s final 100 miles are often dry, and it no longer regularly reaches Mexico.

This spring, Arlene Islas, a media maker in Tucson, set out to discover the Colorado River and what it means to live near it, with it, from it. On her journey from Needles, California, through Blythe, to Yuma, Arizona, Arlene interviewed members of the Mojave, Chemehuevi, and Quechan tribes, along with resource managers, activists, and residents.

A more extensive field notebook is in the works to share more about the experiences of people living and working along the river. We offer here some excerpts from her personal journey working as an ethnographer.

This fieldwork is part of the Rivers & Headwaters Project, co-produced by the Alliance for California Traditional Arts.

Funding provided by Cultural Conservation Corps, through an agreement with WESTAF with the support of the National Endowment for the Arts. 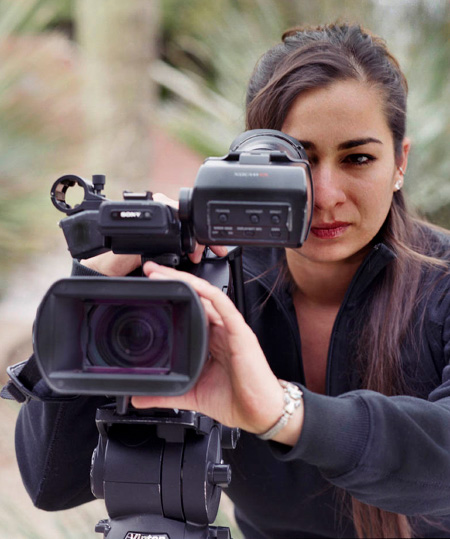 Before I set out, I knew parts of the river. I’d been to Yuma and San Luis. I knew I had to narrow my journey to an area and we decided to focus on the Arizona and California border. Where to start? I had a contact from the Cocopah Indian Tribe in Yuma, so I called there first. A man told me, “No, you can’t start here. You have to start up river from here, at the beginning, in Needles.” At first I was like, Really? Why can’t I just start in the south? But the more he explained it, the more it made sense. I didn’t know there was an order to things. We have to be respectful about the river and its flow. We have to be respectful about where things start. So we changed our plan.

I knew there were many issues facing the river, particularly regarding its flow into Mexico and water rights as well as pollution and environmental issues. Along the way I discovered areas where people believe you shouldn’t bathe or use the water because it’s so polluted. But then I got to Yuma and there’s a park and people are bathing and using it for recreation, so I was surprised by those different views.

I ended up letting the people I interviewed form the shape of my journey, following one to the other and listening to their stories. These encounters also impacted the way I used my camera.

I met Gordon Osborne, Chief of the Fort Yuman Quechan Tribe. Many consider him to be an elder. “To be an elder one has to be very wise, and much older than I am,” he told me chuckling. Osborne has seen many changes in the river since his childhood.

When I contacted the Quechan Tribe, Chief Osborne recommended I speak first with Vincent Durand, and agent with Game and Fish, because he was likely to share with me his deep connections with the river. I met them at the same time, and as soon as we shook hands I sensed they both were special folks. It was that sense of seeing right away the honesty in someone’s eyes, the kindness in their smiles. I think you can also sense this by listening to their voices.

Agent Durand was nervous at the beginning of the interview, which is so common. Sometimes people want to share things but feel pressured and nervous with the camera in front of them. After the interview, he wanted to share a few more thoughts. I turned the camera towards the river to focus away from him and on the natural scene, and we stood quietly admiring the view. That was when he shared a message from the heart with me.

There are many ways indigenous people express gratitude and reverence for the river. I met Larry Hammond Jr., a Mojave traditional bird singer, and Claudette White, a chief judge and cultural activist from the Quechan Tribe. Both of them described themselves as “water protectors.” They wanted to share a traditional song and dance with me.

When I went to film the dance, I started by setting up my camera in front of them. But they said, no, I had to stand behind them, at a distance. At first I was confused, thinking that having that one shot of their song and dance, without close ups of their faces and instruments, would mean I didn’t have enough coverage. I thought perhaps I was missing the opportunity to document this one-time event. Naturally, though, I needed to respect their wishes. So I set up my camera and pushed record and stepped away. As I contemplated the scene, I felt very emotional. Something clicked. Of course. It all made sense. They weren’t performing for me or for the camera, they were honoring the river. It was magical.

I was lucky to find interesting people who had really special connection with the river. Even if you have an idea about the river as a special place, until you talk to people you don’t know how important it is. The respect they give to water and this river specifically totally changed my notion of things. I felt a connection after I did the project and I feel like only touched on a tiny part of it.