No need to be culinary cartographers, to understand how food transcends boundaries and assists us in exploring new roads. While food inspires us in a form of global navigation, it also defines a channel to explore local tastes and place.

Certainly this is so in the landscapes of Southern Arizona, where wild foods distinctive to our region have been cultivated for centuries and where layers of cultural traditions have blended with European influences to adapt practices and tastes: Padre Kino brought wheat and beef into the Pimeria Alta 300 years ago (Griffin 1987).

Deeply rooted to the earth and its surrounding landscape, Tohono O’odham famers for centuries have harnessed the power of the monsoon rains via ancient floodwater farming techniques (ak ciñ, literally translated as mouth of the wash) to water their fields. By keenly surveying the cloud formations and by listening to the thunder from surrounding mountains, they were able to anticipate the coming of the rains. Following the natural flow of the washes (arroyos) they created natural brush dams to redirect the life giving waters rich with nutrients to soak their fields. (From I’itoi’s Garden: Tohono O’odham Food Traditions, 2010, pages 355-357).

The Tohono O’odham have been planting, growing and gathering healthy foods in the Sonoran Desert region for generations, and among the forces helping to reinforce this community way of life (himdag) is Tohono O’odham Community Action (TOCA), founded in 1996 by Terrol Dew Johnson and Tristan Reader. Since 2001, Mary Paganelli has worked with TOCA food programs, and also authored the TOCA book about food traditions, “From L’Itoi’s Garden: Tohono O’odham Food Traditions.” As Terrol and Mary explain: “With the arrival of the Spanish, new crops such as wheat, garbanzo beans, pinto and pink beans, limas, black eyed peas and yellow peas were introduced to regional farmers who had been successfully growing indigenous desert-adapted crops through time tested floodwater (ak ciñ) farming methods that skillfully utilized the landscape and monsoon rains. These foods have indeed become part of the culinary landscape, having been seamlessly incorporated into the farming tradition and even the indigenous language. In addition, many of the place names for villages and mountains –Villages with names such as Big Fields (oidag) and, mountains named Three Acorns (wiyo:di) – are rooted in food and agriculture and serve as a guide to the edible landscape.”

Growing food is at the core of traditional experience, and the O’odham continually honor the seeds and the land through ceremony, story and practice, note Terrol and Mary. “Knowledge of edible wild foods and farming has been passed down orally through song and legend for generations, and is inextricably woven into Tohono O’odham cultural traditions,” they say, and also offer an illustration: “The tepary bean (bawǐ) is part of the O’odham creation story; four different songs celebrate the harvesting and processing of ripe saguaro fruit (bahidaj), and there are planting and harvesting songs for all the indigenous crops.” 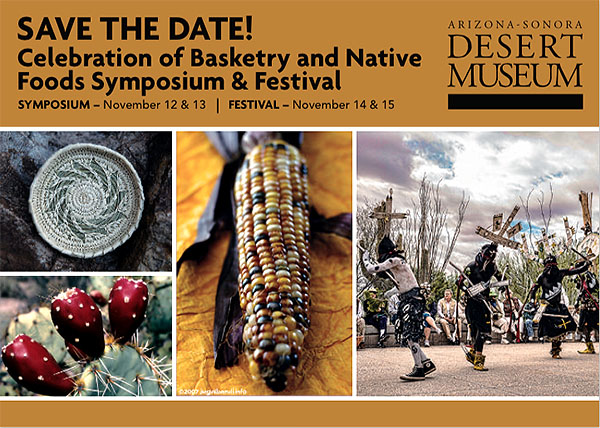 As organizations including TOCA renew the spiritual and nutritional connection of native peoples with foods that hold cultural memory, the ways to navigate the lands in traditional ways are reclaimed and restored.

“Many Native communities are reclaiming their food traditions by revitalizing agricultural and cultural practices and advocating for food sovereignty,” Terrol adds. “There cannot be a return to health and strength without this deep understanding of place and cultural roots.”