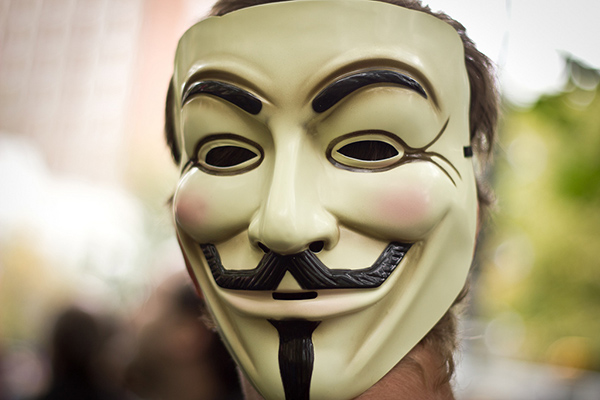 Folklorists have long been interested in the study of Halloween festivities as an example of a communal ritual event steeped in symbolism. Like carnival, rites of passages, or national holidays, Halloween represents a temporary disruption of life as we know it and provides an opportunity for the “reversal of roles” from our structured life.

Most sociologists agree that these types of large-scale celebrations fulfill a necessary tension-release function at the individual, group and societal level. These types of alterations in the social order, however, can also present unique challenges and even turn into dangerous moments of social conflict.

Recently, a greater awareness about the uses of offensive racialized and gendered costuming during Halloween has emerged. The widely reported cased of college parties involving tasteless and reproachable racial images, under the guise of “humor,” has called into question the implications of cross-cultural dressing altogether.

Below, Borderlore’s editor Dr. Maribel Alvarez, who has studied stereotypes in her work as an anthropologist, discusses the nuances of these controversial practices and why social justice-minded cultural practitioners are paying increasing attention to the ghoulish holiday in October.

BL:  Wearing a costume for disguise is a practice that has existed for thousands of years. Why are we now hearing so much about offensive costumes during Halloween?

M: I think there is a confluence of factors; on the one hand as a society we are generally more attuned to recognize the power or images — although fraught with many blind spots and contradictions, one can speak of a kind of visual literacy that is prevalent in this moment in the 21st century. This capacity for dissecting how ideas are captured and circulated through social signs is perhaps one of the concrete legacies or contributions of the multicultural movement and the diversity trend of the 1980s and 1990s. Yet, paradoxically, despite awareness of diversity, we are also more polarized across racial and cultural lines than we have been in a generation. Sadly, one reason why there are more condemnations of racial imagery in Halloween is because there are more examples that surface every year of offensive and appalling racial representations. Some of the supposedly “funny” costumes people come up with are deplorable: from Blackface to sexy Indian “princesses” to recreations of torture scenes in the Middle East. It is always going to be difficult to regulate what is or is not “funny” since humor is so tightly connected to context and in-group values, but there are some fundamental principles of human dignity that should prevail, even in “festive” environments. The problem is that, left to individual interpretations, people are always going to rationalize what is funny to them as harmless — so perhaps instead of amusing ourselves with our own clever notions of Black or Native American or Mexican lives we need to go a step further and ask, funny for whom? How do these folks who are my neighbors, classmates, and friends feel about these acts that speak for them?

BL: Is it possible for a Halloween costume that is ethnic or culturally-representative of a community not to be racist?

M: Costuming in and of itself involves embodying a sense of “otherness” — and there are archetypal and fantasy characters that have become widely acceptable, even if at some levels they, too, represent a “group” or a “culture.”  Costumes that represent occupations are one example — they are not ethnic or racial, but they, too, intend to communicate a message about a segment of the population. The difference is that occupational costumes of firefighters, to name just one case, focus the representation and costuming on the traits of the occupation itself, not on the looks or identity of the person who has that occupation. In the case of fantasy characters, such as Pirates, let’s say, the “group” affected is removed from the test of sociability in a plural society. We would be hard-pressed to find a “community” of Pirates, for example, which will stand up to argue for accurate representations of piracy. But when it comes to the types of offensive costumes we are talking about, the question needs to center on how do people gather the ideas and make the stylistic choices to depict a “racial other.” Almost in every case the representations are drawn from stereotypes that exaggerate characteristics and, unlike the case of Pirates, refer with irony, contempt or exoticism to living populations that are also our neighbors. To answer your question, yes, it is hypothetically possible for ethnic-based costumes not to be racist, especially if worn by members of the same community that is depicted (thus not requiring make-up that transforms the skin color or the shape of the eyes) as evocations of admiration or nostalgia. But again, we need to disavow this notion that dressing up like someone of another culture is a way of “honoring” them.  In cross-cultural costuming, the range of choices that avoid stereotyping tend to be limited and complicated. Dressing up as Frida Kahlo, for instance, is often a lot more about correctly representing her style than her ethnicity — so, potentially that is one example of a costume that could be done very tastefully cross-culturally. Costumes that represent the sanctioned national dances or dresses of various countries can also, potentially, be done respectfully. But when it comes to representing an Indian Chief or Osama Bin Laden or a Hawaiian Hula dancer it is almost certainly that the ideas that are being used to represent are taken from an image bank of stereotypical notions about “those types of people” and 9 out of 10 they are inaccurate generalizations that do more to harm the group than to help us understand their cultural sense of dignity and distinctiveness. Let’s face it: humor cuts both ways; it can be used to resist oppression but it is also frequently used as the weapon of choice for communicating racist ideas.

BL: Do you see any redeeming aspects to Halloween?

M: Halloween as a commercial enterprise is one thing; as a communal ritual of social inversion it can be something entirely different. Studies have found that 60% of U.S. consumers purchase Halloween outfits; in fact it is the largest participatory secular ritual in our nation. Fantasy play is one of the tools in our human toolbox to make sense of the world and to imagine possible alternatives to the existing conditions. Wearing masks is a very old tradition all over the world and in some instances it can become a tactic that works to dismantle power structures and call out for social transformation. The mask of Anonymous, for example, has come to represent the denunciation of power imbalances. The famous feminist collective Guerrilla Girls wore gorilla masks to shame museums that were excluding women artists and the Zapatistas covered their faces with bandanas to stand up against intimidation. Masquerading has been a central element in the refashioning of gender and sexual norms. So, yes, it is possible to distill some culturally affirming aspects to dressing up during Halloween; researchers have found that pretend-play among children serves a very important function in healthy identity formation. The question of ethnic and racial costuming should be evaluated in light of these potential benefits and as such be revealed as a failure of the outcome that is educationally desirable. In other words, ethnic costumes reduce the educational opportunity to the lowest common denominator (skin color or physical characteristic or imputed behavior that declares that what is “typical” of a complex group of people is that they are thugs or lazy, etc.) instead of expanding it. This arithmetic that the stereotype performs, intentionally or not, is perhaps the most compelling reason to abandon ethnic/racial costuming altogether. There is little that can be gained by persisting on it and a whole lot of social animosity and misinformation that can be lost by abandoning the practice. After all, between Pikachu, the Joker, Ghost Busters, Baseball players, Dinosaurs and Ninjas there are plenty of options to embody fantasy personas without having to resort to the reproduction of racist iconography.