In 1966, President Lyndon B. Johnson signed into law the National Historic Preservation Act (NHPA). In 2016, 50th anniversary NHPA commemorations illustrate the sustaining force of this US policy, and its role in facilitating the federal, state, tribal and community partnerships that protect the cultural and historical fabric of the United States. 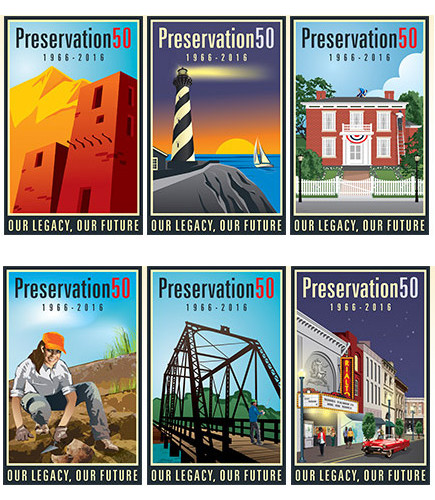 Historic buildings, as physical manifestations of heritage, illustrate top examples of an era’s crafts, arts and aesthetic designs. The recent 15th Biennial Southwest Symposium brought together academic, government, private and business leaders in archaeology, architecture, historic preservation and anthropology to discuss the community interest in preserving historic structures. A Making Archaeology Public Project is organizing professional archaeologists nationwide, and producing a website that is mapping a growing video collection to engage the public in NHPA archaeological work in each state. (Information about the Arizona Making Archaeology Public Project is here.)

In early 2014, a group of likeminded Latino preservationists across the country realized some important commonalities in their stories and experiences. Driven by the need for a voice at the national level to advocate for the recognition and protection of Latino heritage — both tangible and intangible — they held their first formal gathering at the 2014 PastForward National Preservation Conference in Savannah, GA. From this initial meeting, the group organized an inaugural summit for May 2015 in Tucson. The first session was held at the Historic University of Arizona Old Main building, where they convened a discussion of community leaders and preservationists. It was at this summit that they formalized the Latinos in Heritage Conservation, whose mission is to preserve the nation’s diverse Latino heritage and encourage Latino leadership within the field of historic preservation.

The group’s vision is to be a thoughtful and influential leader in the field of heritage conservation in the United States and beyond, and it envisions a nation that values Latino history and recognizes it as a part of the greater American story. The summit enabled LHC to establish a series of organizational goals, including federal policy priorities and educational opportunities.

The summit was attended by participants from across the United States, as well as many local residents who were inspired into continuing discussions on Tucson’s own Mexican American history and preservation. This core group in Tucson has held public forums and has initiated conversations that will formulate pathways towards preserving Southern Arizona’s Mexican American heritage.

The group continues to convene forums that provide local artists, authors, poets, and longtime residents a platform to share stories, memories and their work, with the goal of focusing on Mexican American local preservation efforts, priorities, and planning. As Betty comments: “Our shared Latino inheritance requires a broader interpretation of historic preservation — one that goes beyond the traditional view. We are interested in protecting our historic landscapes but we also want to challenge the community to begin conversations about hidden aspects of our heritage. We need to make sure our history, our places and our stories are being heard, documented and included .”