Bamboo Zen: The Simple Complexity of the Shakuhachi Flute

Every day, Paul Amiel lights a candle and some incense, bows in devotion, then plays a single note on a flute for 10 minutes, pausing only to inhale with the regular rhythm of his breath. 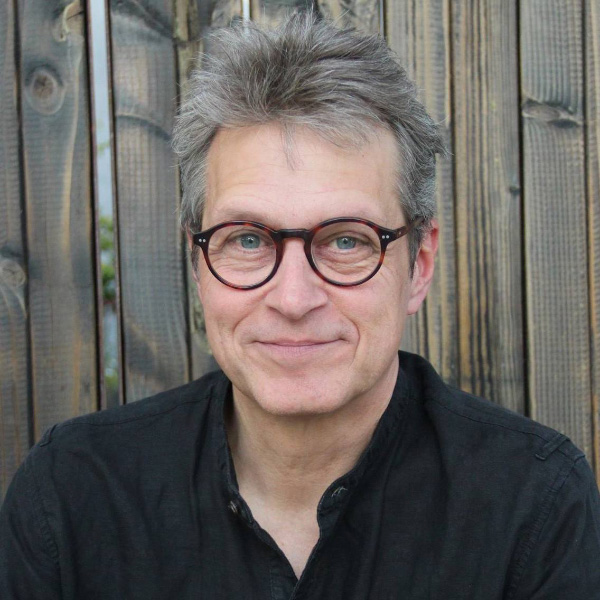 The practice is called robuki, and the flute is a shakuhachi, which takes its name from the Japanese word shaku for “foot,” as in measurement, and hachi, which means “one-eighth of a foot,” the original size of the flute (they come in various sizes).

Amiel, an ethnomusician, discovered the flute a decade ago, amidst his study of world instruments. He also plays other flutes, along with the harp and accordion in the Tucson-based band, Kyklo, a trio of European traditional acoustic music.

Playing shakuhachi isn’t like playing any other flute, Amiel says. “It’s not sugar. It’s more like umami,” referring to the Japanese word for the “fifth taste” (after sweet, sour, bitter, and salty), used to describe the savory flavor of meat or broth.

Paul Amiel on the shakuhachi

The shakuhachi came from China in the 6th century to Japan, where it was eventually adopted by the Fuke sect of Zen Buddhist monks or komuso, “monks of emptiness.” Unlike other people, the komuso were permitted to travel the country, playing honkyoku or spiritual songs, and asking for alms. They often wore baskets on their heads as a symbol of their detachment from the world, and also, it was rumored, to spy for the emperor.

Early on, Amiel turned away from classical music, drawn to less hierarchical and more improvisational forms. While growing up, a childhood friend exposed him to music and sound in the Navajo tradition. “I learned about how a medicine man uses sound, where the point of music was to affect something in the universe, a change. That fascinated me.”

He began to wonder when and where music was effective in that way in the West.

He found it in medieval and Gregorian chants and in the Chinese guqin, a seven-stringed board instrument like a zither. And in the shakuhachi, a flute associated with the practice of Japanese Zen Buddhism.

Made from a single shoot of bamboo, it is punctured with five holes. “It’s as close to a natural product as you can get. Really it’s just ripped out of the ground,” Amiel says. “It’s almost like a toy a whistle, it’s so completely simple,”

Which is why Zen monks were attracted to it. “They love the fact that it’s completely empty,” he says.

Unlike a classical silver flute, which is more “a machine of the industrial age” –mechanical, always with the same perfect tune — “The shakuhachi speaks more to muddy feet, wind blowing in your hair,” he says.

But playing the flute is no simple task.

“It’s a very difficult instrument because of its simplicity,” Amiel says, in a statement that sounds like a Zen koan.

In order to understand the instrument, Amiel says he needed to first understand Zen.

In the late 1860s, the Fuke sect was outlawed, as were its hokyoku songs. Fortunately practitioners saved the flute secularizing it and using it simply to accompany other instruments.

Today, the “Tozan” school maintains this tradition of the flute as music, borrowing from jazz improvisation and expressionism, Amiel says.

But the “Kinko” school, in which the flute is played primarily as meditation, was eventually revived. It is grounded in the teaching: “One note, become Buddha.”

The practice is about blurring the boundaries between human, nature, noise, sound, and silence, in order to find union, Amiel says. Playing the flute is called suizen, which means, “blowing Zen.”

Music for a shakuhachi

Music played on a shakuhachi follows no form like western music. The notes are written down and read from top to bottom. There is no rhythm, just breath.

Silence is just as important as sound, following the Zen concept of emptiness or shunyata. “Sound is emptiness, form is emptiness. It allows the listener to capture the essence,” Amiel says.

But the practice of shakuhachi is not about performance or entertainment. “It’s not like, ‘Ok I’m going to play now, watch me.’ It’s meant for the player, as listening, as meditation,” Amiel says.

Amiel and his wife lived in Japan, in 2007 and 2008, and it was there that Amiel sought out a teacher. He found Iida Katsut, who took him on as a student for a minimal fee. “He’d play, I’d copy. Then he’d make fun of me, with good humor.”

While many crafts and instruments in Japan require a formal, often expensive mastery system that requires schooling, testing, ranking, and mastery, shakuhachi is different. As a solo instrument, “It has a roguish, renegade feel,” Amiel says. It is also taught differently than other instruments.

Learning is about imitating, Amiel says. “There are not explicit teachings. No one says, ‘Hold your mouth this way.’ You just watch, observe, study. It’s not about using the mind. It has to be physicalized.”

And because playing the flute is about directing air, “Your mouth becomes part of the instrument,” Amiel says. What results is a unique sound to each player.

The lessons were a version of Zen practice. Amiel would start with robuki for ten minutes or longer. His teacher would make tea, and then they’d start working on pieces.

“Sometimes I’d come and play three notes and he’d say, ‘No. You’re not ready yet. Come back next week,’” Amiel says.

Once during his study, Amiel attended a long workshop that ended with celebration — “People brought in bento boxes and bottles of sake, and there was a lot of drinking and dancing,” he said.

The next morning, his teacher woke him at five o’clock and led him up a mountain path to a Zen temple next to a big river. “We had to play a piece called Honshirabe in front of the temple. Then the priest came to give us tea.  Was this tradition? Was this my teacher’s tradition? I have no idea. But I had to do it.”

Eventually Amiel’s teacher told him he could open a shakuhachi school in Arizona. “It was a joke, but it was his blessing.”

The music of the breath

Amiel holds a practice group called Empty Bamboo Shakuhachi every Monday to introduce interested students to the instrument and practice. Students begin with meditation then move to robuki.

Like his own teacher, Amiel then makes tea and offers a short talk about Zen or technique. Students then pair up and play, imitating one another and listening. “We end with a special bow with the flute,” he says.

Though simple, a shakuhachi flute can cost anywhere from $1200 to $8000, depending on who made it. But practitioners can make their own pipe from PVC, as Amiel learned from his teacher. “For a dollar you get a flute that sounds good,” he says.

Matt Walley, who attends the practice group, says he played other instruments such as the drums, guitar, and harmonica, but none of them kept him engaged. “You always start off with ‘Mary had a little lamb’ or folk tunes. You’re playing these little tunes that don’t mean anything. My focus would wander,” he says.

When he heard Paul play the shakuhachi, he thought, “I really have to figure that out.”

At first, he was drawn to the written form of the music. “It looks like a piece of art, it’s beautiful. I wanted to look at it and when I was able to decipher it felt like I was really connecting to it.”

Walley was also moved by the rhythm of the music. When he played the drums, he had to keep time with a melody consistently. “With shakuhachi every bit of the music is based on your breath. Everyone plays the same song in a different way.”

As an actor, Walley says playing the shakuhachi has helped him strengthen his breath, which has been useful for vocal work on stage. The meditation it inspired has also been helpful for him as an artist and athlete. “I try to play five to ten minutes a day. I touch into it. I love hearing the sound and also seeing where I’m at that day.”

Amiel also has a home practice but his favorite place to play is at Yume Japanese Gardens in mid-town Tucson, where he occasionally takes his class as well. “The environment matches what the music is trying to do. The sound and place are meant to be together,” he says.

1 thought on “Bamboo Zen: The Simple Complexity of the Shakuhachi Flute”